Sir Frederick Henry Royce was born in 1863 and was brought up in humble poverty, but he would go on to become one of the greatest engineers in history. He strove for perfection in everything he did, and this was epitomized in a comment he made to his local vicar in West Wittering, England, where he was living at the time. After helping with a lawnmower repair, Royce inspired famous sculptor Eric Gill, the vicar’s son, to carve a Latin phrase in a stone mantelpiece in Royce’s home which translated as: “Whatever is rightly done, however humble, is noble.” By the time Sir Henry Royce passed in 1933, his legacy in Rolls-Royce Motor Cars and Rolls-Royce aero engines was set in stone, and his principles would go on to guide the company for years to come.

The Rolls-Royce 20/25 HP was first introduced to the public in 1929 as a stable mate to the much larger Phantom II. By 1936, the 20/25 had been developed into the bigger and more powerful 25/30. The engine capacity had been enlarged to 4,257 cubic centimeters, and power was approximately 115 brake horsepower at 4,500 rpm, producing a top speed of around 80 mph.

For about the first half of Rolls-Royce’s 100-plus years, the marque was inextricably linked to the great coachbuilders of the day, whose skills complemented the chassis of Rolls-Royce with a quality and elegance that became world famous. Coachwork by James Young was one of the most sought after, and it was often associated with the brand itself.

This 25/30 received a stately four-door saloon body by James Young, a very well-respected coachbuilder with close ties to Rolls-Royce. Finished in a subtle combination of black with dark blue, the body suits the 25/30 chassis well. The driver’s compartment interior is finished in leather for its durability while the rear passenger compartment is upholstered in comfortable striped beige fabric, a common practice of the era for chauffeur driven vehicles. Built into the trunk is a practical toolkit should the driver ever find themselves in need of a quick repair. Trafficators in the B-pillars allow the car to safely change lanes without the need for hand signals and the addition of seat belts make touring safer for its passengers.

With a body by one of the finest English coachbuilders, this 25/30 offers its passengers a luxurious pre-war motoring experience. Its presence on the road remains just as grand today as it did eighty-five years ago. 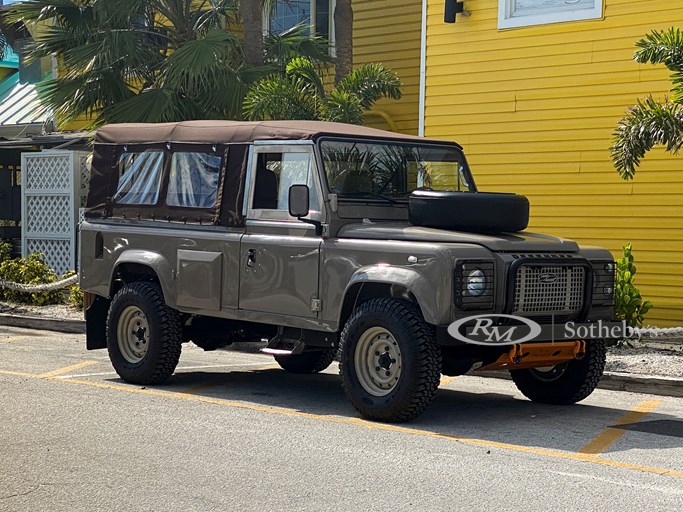