In the 1953 prototype, the Ace’s stylistic connection to classic Italian barchettas (and the Ferrari 166 MM in particular) is especially evident. Further refined for production, the Ace would set AC on a fresh, performance-focused course; in the guise of the Cobra, it would go on to become one of the most recognizable cars in the world. For his role in the creation of the car, Tojeiro reportedly earned a £5 royalty for each of the first 100 Aces produced—compensation that, in light of the model’s tremendous significance, seems rather paltry indeed.

While the Ace offered adequate performance, its initial AC inline-six was, by the mid-1950s, showing its age. And so, beginning in 1956, AC offered the Ace with a more powerful engine sourced from Bristol Cars. Bristol’s design was, in turn, based on the inline-six developed by BMW for its renowned 328 sports and racing cars, which Bristol had obtained the rights to produce following WWII. Breathing through triple carburetors, this overhead-valve engine featured hemispherical combustion chambers and produced over 120 brake horsepower; mated to a four-speed manual gearbox, this was enough to substantially elevate the Ace’s performance and boost its top speed to 116 mph.

While this chassis, BEX 459, did not chase glory on the circuit, it reportedly earned its moment in the spotlight as the 1958 Paris Motor Show car. As noted in Ace Bristol Racing: A Competition History Hardcover by John McLellan and Tony Bancroft, this Ace left the AC works on 26 June 1958, bound for France. It was fitted with Bristol engine number 100D2 832, the same engine it retains today.

One of a mere 466 Ace-Bristols produced, it was purchased following the show by its first owner and remained in the France. In 1966, it was acquired by its second owner—said to have been an early member of the French AC owner’s club—who would care for the car for the following 50 years. Over the decades the car was exercised frequently in events and tours, yet always scrupulously maintained.

The car’s next owner, only the third from new, purchased the car in 2016. That same year, its mechanicals, including carburetors and brakes, were serviced by Cecil Cars of Ollainville, France to ensure continued proper operation.

The Ace-Bristol is said to have been resprayed in its original exterior color only once, approximately 15 years ago; now exhibiting a pleasant patina, this paint job nicely compliments the car’s otherwise unrestored condition, including its original black leather upholstery. A newer black hood, paired with original side windows, offers a measure of protection should the weather turn while out for a drive.

The cabin is simple and purposeful, yet full of authentic detail, from the km/h-designated speedometer to the wood-rimmed steering wheel to the special AC-branded clutch and brake pedals. On its exterior, wire wheels—covering disc brakes on the front wheels and drums on the rear—are finished with AC-branded spinners. A spare wire wheel, jack, and wheel hammer are stored in the trunk. At time of cataloguing, the car’s odometer displays fewer than 9,350 kilometers, but the actual figure is unknown.

In any configuration, the AC Ace is an immensely desirable example of midcentury British motoring; this is especially true of rare Bristol-powered examples. With its known history and appealing condition, this numbers-matching engine 1958 Ace-Bristol would be a welcome addition to any sports car collection and a joyful companion on the open road. 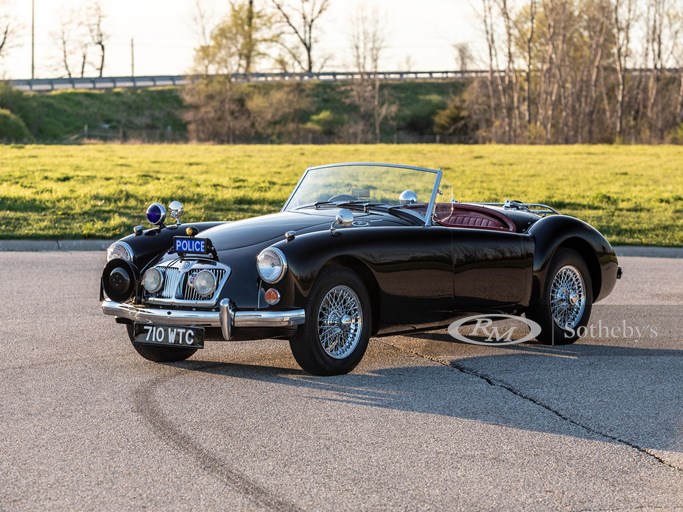 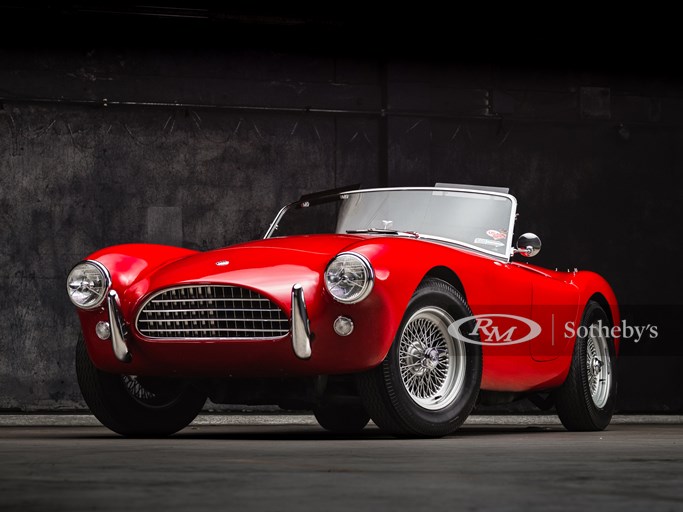