DEVELOPMENT OF THE OPEN 3500 GT

After years of fiscal loss and an inordinate budget allocated to its racing program, Maserati in the late 1950s was in desperate need of an appealing production-based road car. Salvation appeared at the 1957 Geneva Salon in the form of the 3500 GT. Featuring a detuned version of the six-cylinder engine from the successful sports-racing 350S, the 3500 GT was initially equipped with 12-inch finned drum brakes and a Salisbury-type rear axle, marrying a powerful motor with a compliant and sporting chassis.

Customer demand soon necessitated the development of an open-top version, and Maserati duly assigned a small number of chassis for design studies to Frua and Touring, the latter of which had already bodied the popular saloon. But ultimately the manufacturer approved a Giovanni Michelotti design built by Carrozzeria Vignale for a standard production model, which was officially introduced at the 1959 Turin Motor Show with chassis number 101.623.

Mounted on a shorter chassis for superior agility, the delectable Vignale Spyder was built in a modest quantity of just 242 examples through 1964. As a distinctively styled alternative to the open models at Maranello that offered equivalent performance, the luxurious 3500 GT Spyder helped reverse Modena’s flagging fortunes while signaling a fresh chapter in the company’s celebrated history.

Chassis number 101.678 is perhaps the 10th open 3500 GT built, and it is one of approximately five prototypes clothed by Vignale as Maserati searched for the perfect combination of styling cues. Physically, this car principally differs from the forthcoming production version in its fender vents, which commence with an unusual angular sweep-spear design that stretches from a mesh outlet on the front fender through a character line on the door. This exquisite brightwork effectively distinguishes this prototype from the later Vignale Spyders that featured shorter center-placed fender vents.

According to Maserati factory records, this prototype completed assembly in late October 1959, equipped with front disc brakes and finished in Blue Medio paint with a red interior. The spyder was dispatched in February 1960 to Waco Motors in Miami, Florida, on behalf of its first owner, Lindsey Hopkins. This was almost certainly the respected sportsman and real estate magnate who sponsored entries at racing events ranging from the 12 Hours of Sebring to the Indianapolis 500. In addition to heavily investing in Bahamian real estate, which eventually helped fuel the Bahama Speed Week races, Mr. Hopkins was also a founding owner of the New Orleans Saints NFL team. He regularly entered cars at the Indy 500 from 1951 to 1982, and he was posthumously inducted into the Indianapolis Motor Speedway Hall of Fame in 2004.

By 1980 chassis 101.678 had passed into the care of Texas resident William Strange, who reportedly began a restoration but left the car in a disassembled state for a number of years. Following a bankruptcy proceeding, the Maserati passed through dealer Gary Roberts and was then sold in 1996 to Kenneth Glyn of Melbourne, Australia. Mr. Glyn’s partner in the deal, marque expert and racing participant Mario Lombardi, had been searching for good barnyard-find Maserati examples to restore, and he made a deal with Mr. Strange to acquire this car and two coupes, a 3500 GT and a 3500 GTi. Delighted to discover such a unique prototype example of the Vignale Spyder, Mr. Lombardi treated the car to a full nut-and-bolt refurbishment that included a complete mechanical freshening.

After briefly passing to a collector in Germany by the early 2010s, the 3500 GT was sold to a respected dealer based in Massachusetts and offered at RM Sotheby’s flagship Monterey sale in August 2014, where it was purchased by the consignor. With the goal of enjoying the prototype on organized vintage tours and rallies, the new owner immediately dispatched the car to RM Auto Restoration for a sympathetic refurbishment that primarily addressed cosmetics and minor functional issues.

Following significant disassembly, attention was given to correcting various panel fit issues and the function of many smaller components. The starter and generator were rebuilt, including a new solenoid for the former, and a new fuel pump was installed. The carburetors were rebuilt and tuned as needed, and a new dual-fan was installed on the radiator. The distributor was adjusted and new spark plugs were fitted. The master and slave cylinders were replaced, a new brake booster was installed, and the wiring to the lights, instruments, and power windows was repaired. The heater/defroster, hood release, trunk lock, horn switch, and the windshield wipers were all repaired.

The suspension was partially rebuilt with new shock absorbers, and the transmission and driveshaft received new seals, while the clutch linkages and rear axles were adjusted. Numerous trim parts were re-chromed, including the bumpers, grille badge, exterior script elements, and interior hardware pieces.

The coachwork was sanded to bare metal and refinished in a fresh coat of paint—in a color researched to closely approximate its original Blue Medio—while the interior was reupholstered in tan leather with complementary Wilton carpeting. The dashboard was refinished and reassembled with reconditioned gauges, and the soft top frame was rebuilt and fitted with new material. The rear wheel cylinders were replaced, and all wheels (including the spare) were shod with new Pirelli Cinturato tires. As clarified by invoices on file, this exacting process cost in excess of $198,000. Following restoration, the consignor enjoyed the Maserati on a successful completion of the Colorado Grand tour.

As one of only five Vignale Spyder prototypes, this car claims a special position within the open model’s short production run. It is a supremely sporty and elegant example, with its shortened-chassis proportions and muscular coachwork with unique trim elements. Offering a crowning addition to any collection of one-off designs or early 1960s sports convertibles, AM101.678 would make an eye-catching entrant at concours d’elegance and vintage touring events, boasting important provenance as one of the quintessential open 3500 GT examples. 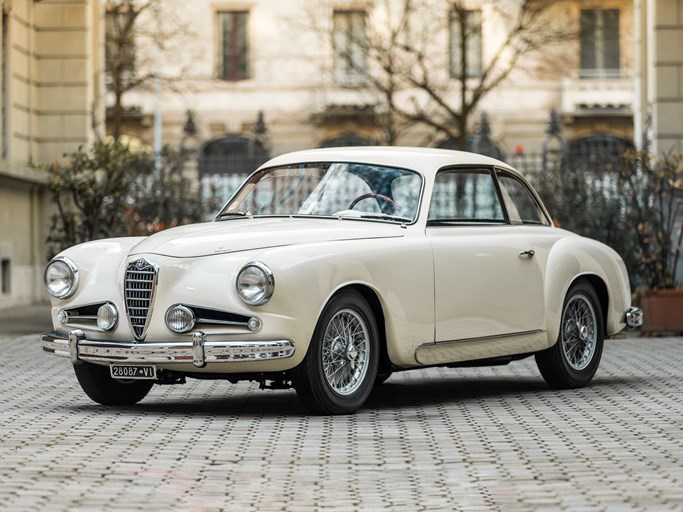 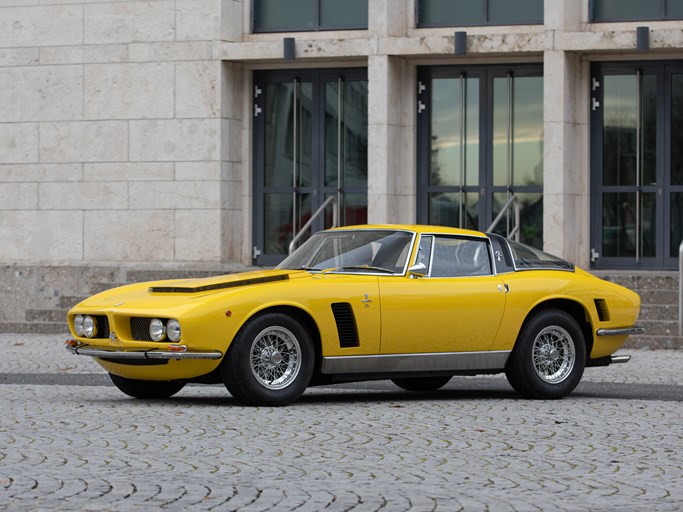