The 993 generation of Porsche 911 was the swansong for the air-cooled “Mezger” engine that had become synonymous with every 911 since the unveiling of the 901 at the 1963 Frankfurt Motor Show.

Although the engine underwent enormous improvements over the 30 years that separated the 901 and the 993, the basic architecture remained the same: a six-cylinder, air-cooled boxer layout with twin overhead cams. It is this tangible DNA link to the very genesis of Porsche as a sportscar manufacturer, as well as the engine’s unique character—and, of course, the elegant body shape and undiluted driving experience of the 993—that has made even the more commonplace examples sought-after items. The rarer variants, meanwhile, have become the centrepieces of some of the finest collections around the globe.

The undisputed godfather of the 993 dynasty is the GT2 Clubsport; it is simply the ultimate air-cooled 911. Like so many exceptional road cars of the 20th century, the GT2 was the by-product of a racing programme that required road car variants to be produced in order to meet homologation criteria. In this case, it was FIA GT2 and Porsche’s desire to go racing with a turbocharged 911. One hundred and ninety-four street-legal GT2s were built, and of those, just 20 were Clubsport-specified cars like this particular example.

To enable the car to be a class winner, Porsche took the 993 911 Turbo and lightened the chassis and body by over 200 kilograms, removing just about every creature comfort as well as the heavy all-wheel drive components. Thinner glass was used for the windscreen, and the bonnet and doors were sculpted from aluminium. Concurrently, power from the 3.6-litre engine was increased to 430 brake horsepower by increasing peak boost for the KKK K24 turbochargers to 0.9 bar. The results of the power increase and weight loss programme speak for themselves: a 0-60 time of around 4 seconds and a top speed of 184 mph.

In spite of this, the GT2 was as much about handling as outright straight-line speed; each example is easily recognisable from the bolt-on flared wings, which not only enabled engineers to redesign the suspension geometry with a far wider track, but also to use significantly wider lightweight Speedline wheels (235/40 ZR 18 front and 285/35 ZR 18 rear). The resulting massive increase in mechanical grip was complemented by an aerodynamic package that included a revised front splitter and large rear wing to generate extra downforce. Clubsport-specified cars took things even further with the addition of a welded roll cage, six-point racing harnesses, a battery cut-off switch, a full fire extinguishing system, and bucket seats. The overall potency of the package was confirmed by impeccable race pedigree, including two class wins at Le Mans and numerous successes in the hands of privateers in Europe, America, and all over the rest of the world.

This example was delivered to its first owner via the Porsche Centre of Berlin on 20 June 1996. It was specified in black and outfitted with the aforementioned Clubsport package, as well as a Becker CR11 radio and driver’s airbag. Factory special-order items have been added during its lifetime, including yellow accenting to the wheels, instrument cluster, seat backs, and door pulls and the fitment of an electronic lap timer. The latter of which was added to the car in its first year of ownership by the official Porsche Center of Berlin along with the desirable Gembella steering wheel.

It presents in fantastic condition, its paintwork retaining a deep shine and interior the epitome of a no-frills racing car for the road. There can be few more evocative places to spend time.

The accompanying service history book is evidence of careful upkeep from new, with regular oil services irrespective of mileage and brake fluid changes in accordance with factory intervals. From 1996 to 2003, work was carried out solely at official Porsche Centers and specialists S.E.S. Sportwagen of Berlin. Since 2004, the car’s maintenance and upkeep was entrusted to recognised experts and official Porsche motorsport partner Manthey Racing, evidence of which can be seen by the fitment of bespoke Manthey Racing pedal plates.

The car has been very lightly used in recent years and has covered minimal mileage since its last visit to Manthey in 2007, when it was showing 17,878 kilometers on the odometer. Most recently it has benefited from having both turbochargers removed, stripped down, and rebuilt by Motorentechnik GmBH in 2015, who also carried out an engine oil service during the same visit. Despite receiving only the best care from motorsport specialists, it should be noted that the car is recorded as having never been raced in competition.

No 911 before or since has come close matching the desirability of the 993 GT2 or its combination of outrageous aesthetics, race-bred performance, engineering purity of design, and an utterly intoxicating air-cooled powertrain. Add into the mix its vanishing scarcity, and it is not hard to see why it has become one of the most coveted prizes for any collector—perhaps the ultimate modern classic. 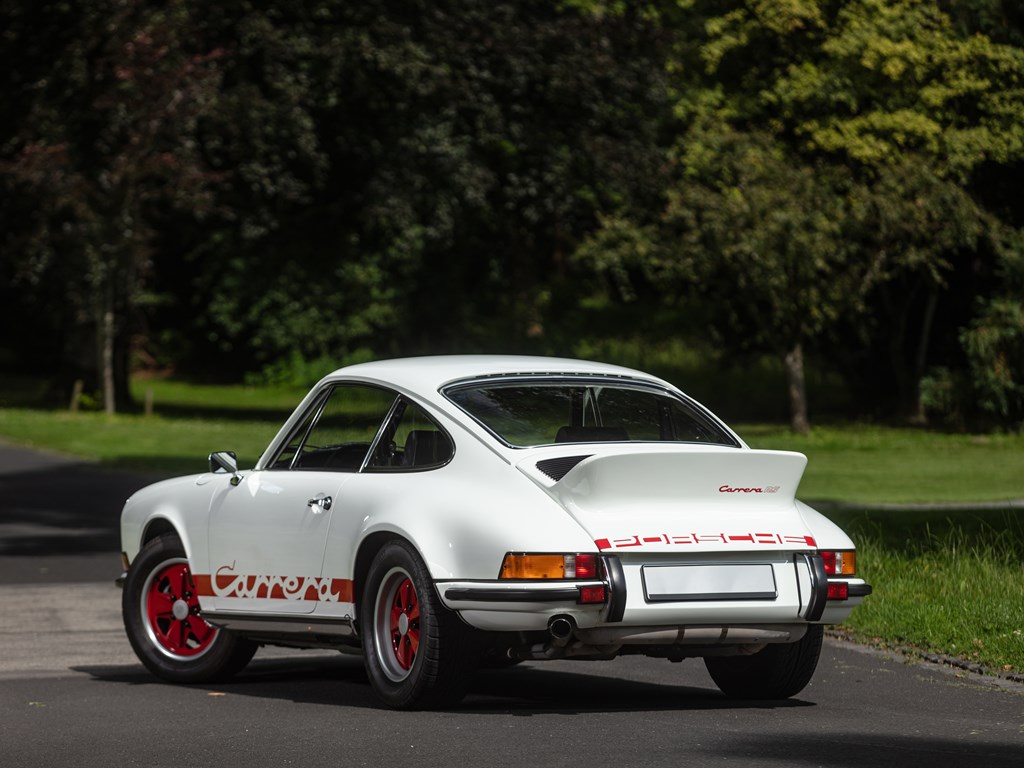 Porsche St. Moritz: Catch Some of the Best Sports Cars in Stuttgart History This Week in Switzerland

From ‘Whale Tails’ to ‘Weissach’-spec hypercars, RM Sotheby’s offers the best of Porsche in St. Moritz.