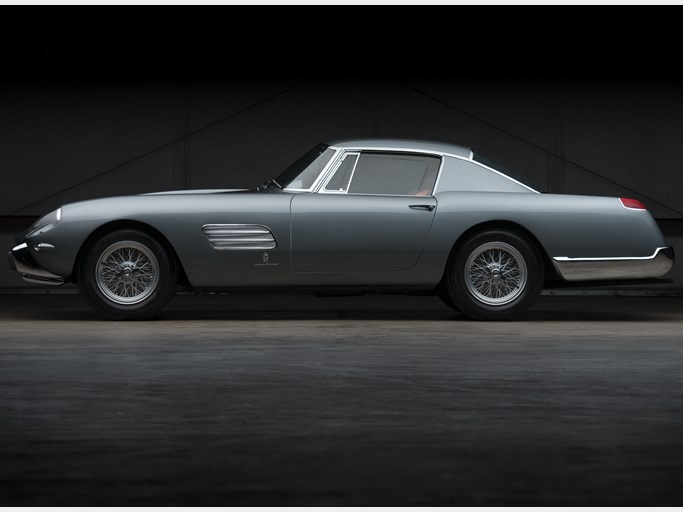 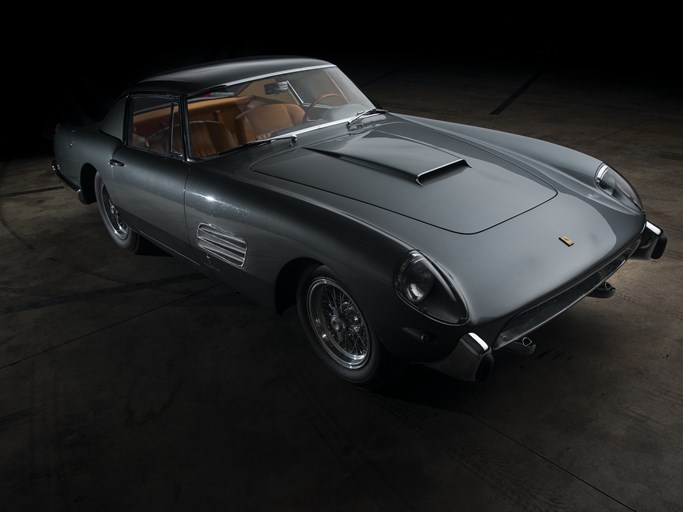 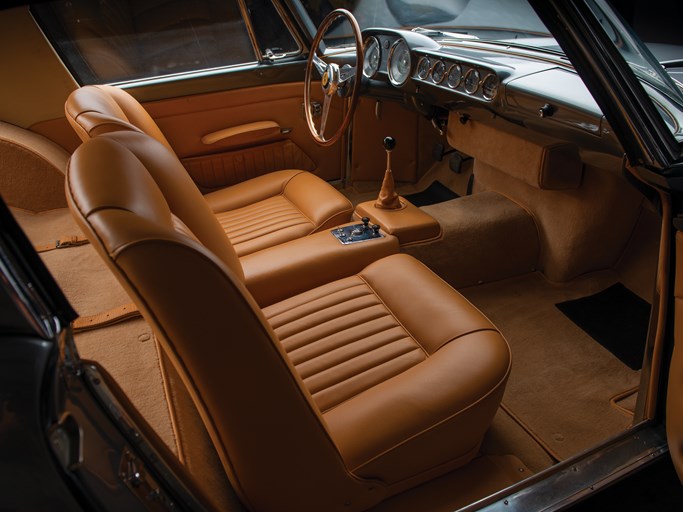 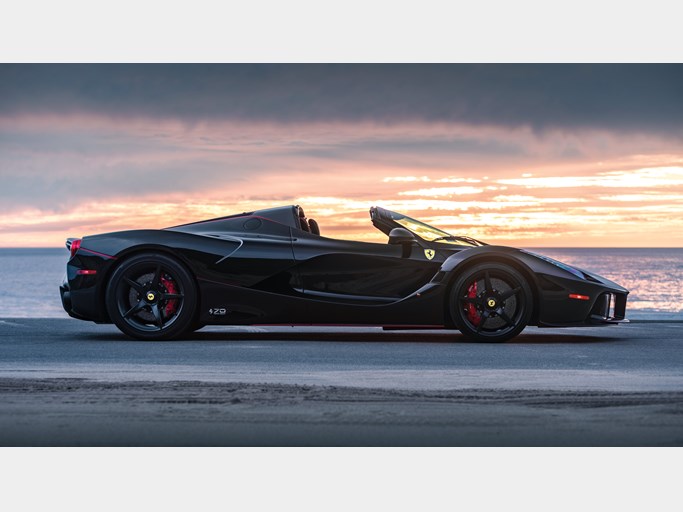 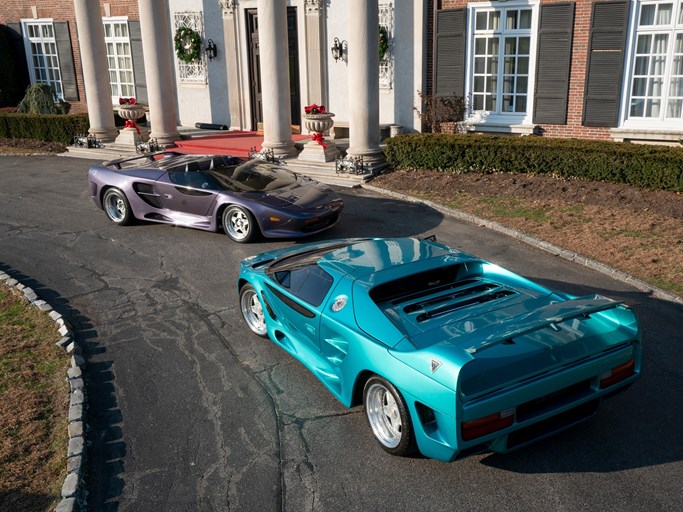 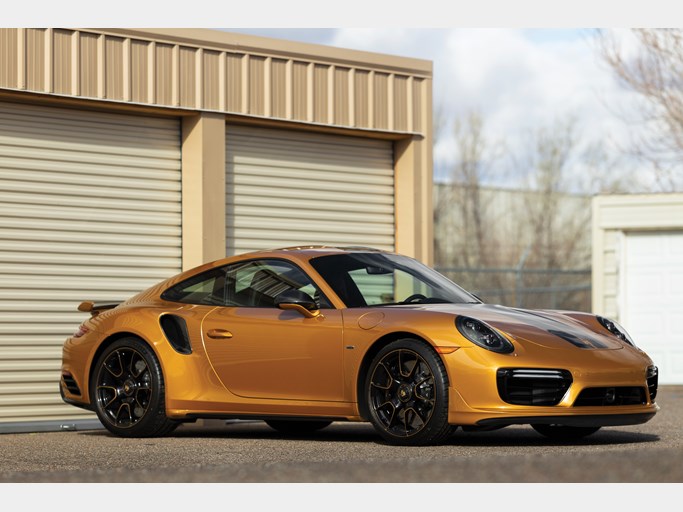 BLENHEIM, Ontario (19 December 2018) – RM Sotheby’s is thrilled to release the complete catalogue for the company’s first sale of 2019—Arizona. With the catalogue, which features 158 motor cars, a selection of automobilia, one motorcycle, and one trailer, RM Sotheby’s has announced final, headline entries for the auction, which are led by an incredibly rare and fascinating 1957 Ferrari 250 GT Coupe Speciale by Pinin Farina, alongside the ultimate Ferrari road car of this century—a 2017 LaFerrari Aperta.

Originally sold by the factory directly to Princess Lilian de Réthy of Belgium, the rare 1957 Ferrari 250 GT Coupe Speciale by Pinin Farina, chassis no. 0751, is one of a handful of Ferraris delivered new to European royalty and one of just two in this configuration. Upon ordering a Ferrari coupe in early 1957, Princess Lilian was afforded something truly unique – the car was dispatched to Pinin Farina’s workshop and crafted with a distinctive body that employed elements of concurrent Ferrari designs while presaging the forthcoming series-built Pinin Farina Coupe. The Speciale’s long nose featured covered headlamps like the 250 GT Tour de France racing berlinettas of the time, while the front fenders were notable for large chromed and louvered vents, reminiscent of those found on the California Spider.

The one-off coupe was delivered to the Princess in January 1958. Nearly ten years later, the Princess gifted the car to enthusiast Dr. Ernest De Bakey of Mobile, Alabama, who had been visiting a cardio-vascular specialty hospital that the Princess sponsored. Shortly after, the car’s wheels were modified to 15-inch units and disc brakes were installed. By 1977 the engine was rebuilt by marque expert John Hajduk. In 1997, the Speciale was presented at the Ferrari 50th Anniversary meet at Rome and Maranello and then in 2001 at the Pebble Beach Concours d’Elegance in the Pininfarina class. Now offered for the first time in 20 years, refinished in Grigio Metallizzato with beige leather interior and accompanied by a toolkit and extensive historical documentation, this unique Speciale offers a premium level of coachbuilt elegance on the 250 GT platform (Est. $11,000,000 - $13,000,000).

Representing Ferrari royalty in another sense of the term is a 2017 Ferrari LaFerrari Aperta, also set to cross RM Sotheby’s Arizona podium. Continuing the grand tradition of mid-engined Ferrari hypercars that began with the 288 GTO, the LaFerrari offers total output of 950 bhp, with the even more exciting open version, the Aperta, reserved for Ferrari’s most important clients. One of just 210 built, of which all were pre-sold prior to the car’s debut at the 2016 Paris Auto Show, the example on offer in Arizona was delivered new to Ferrari of Beverly Hills, fully optioned and finished in Nero Daytona with red accents throughout the interior and exterior. Carefully driven (approximately 1,500 miles), regularly serviced, and displayed in the owner’s collection of Italian supercars ever since, this LaFerrari Aperta epitomizes what Ferrari is today: a company that provides cars with the utmost performance and exclusivity, honoring their past whilst looking toward the future (Est. $6,500,000 - $8,500,000).

“We’re looking forward to kicking off 2019 with an exciting offering in Arizona,” says Gord Duff, Global Head of Auctions, RM Sotheby’s. “We have long been the auction house of choice for important Ferraris, and the 250 GT Coupe Speciale is no exception. One of the most significant road cars of the 1950s, the only other example in this body style was also delivered to European royalty and remains in long-term ownership, unlikely to be sold anytime soon, making the acquisition of 0751 an unmissable opportunity. Fast-forward to today and the LaFerrari Aperta is without question the ultimate in Ferrari performance and a nearly unobtainable must-have in any world-class collection of Ferraris.”

No less than 20 Ferrari models are slated for RM Sotheby’s Arizona sale. Additional highlights include:

Beyond Ferraris, RM Sotheby’s has assembled an exceptional lineup of highlights across the market for the Arizona:

For further information on RM Sotheby’s Arizona auction or to view the complete digital catalogue, please visit rmsothebys.com or call +1 519 352 4575 to speak with a car specialist.